Electricity is essential to the operation of manual or automated warehouses, and as a result companies can supply the goods and services they produce for general consumption. Nowadays, businesses implement practices, as well as technical and organisational measures aimed at reducing energy consumption and optimising the throughput of installations. 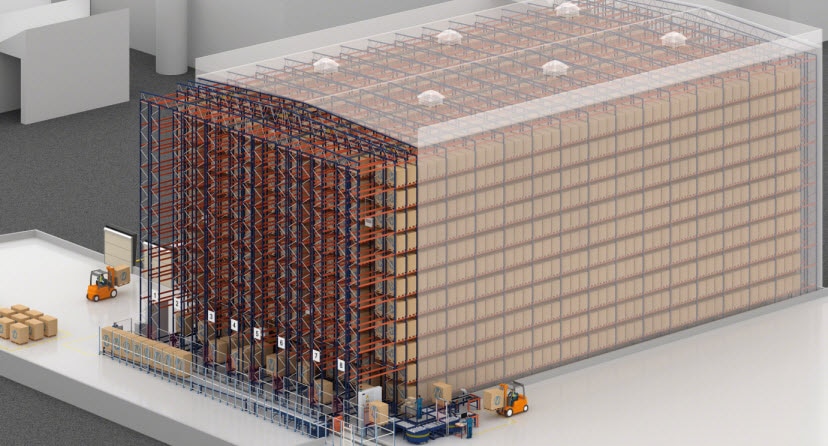 Some countries subsidise investments made by companies who acquire more efficient equipment in production centres. The purpose of these policies is to reduce energy consumption globally.

There is a growing tendency for companies to automate all repetitive processes within their production chain to minimise production costs. However, this is a double-edged sword since automated processes involve greater power consumption (the more the automation, the more energy is required). So, there must be a balance in finding a solution that is both cost-effective and energy efficient.

In warehouses, automation is also one of the most advanced solutions for achieving effectiveness in the processes being carried out. It is true that, from an economic standpoint, there is a higher initial cost compared to traditional warehouses. Even so, the return on investment occurs much earlier due to the decrease in operating expenses and the advantages automation offers measured against other systems.

Automated warehouses make full use built space to maximise storage capacity. Perfect management of the goods, increased productivity and high availability are among the advantages it entails, by being able to operate non-stop 24 hours a day. Automation minimises personnel costs, eliminates dependence on traditional handling equipment and does not require lighting for proper operations; lights can be kept off, except for the areas where operators carry out their tasks.

Energy consumption can be reduced provided that businesses focus their efforts in two specific directions:

This concept encompasses all practices designed to optimise power consumption of each piece of handling equipment in a warehouse, without compromising productivity or endangering the safety of personnel or the quality of products.

Serviceability is the primary requirement in the design and selection of warehouse handling equipment. While energy consumption must be efficient, it is a priority that the equipment carries out the expected number of cycles and movements in response to planned requirements.

One of the main principles of the mechanical design of the machines is that the structure should be as light as possible, i.e., reducing the overall weight. This has a direct impact on the size and power of the engines.

Machine engines are an essential element in the design of a warehouse. The European Union is committed to the manufacture of eco-friendly products to scale down energy consumption and minimise CO2 emissions into the environment. To this end, it regulates the design, production and commercialisation of these products.

Since July 2009, the 640/2009 and 641/2009 European standards specify the requirements for the design of electric motors. A more efficient engine consumes less energy to produce the same mechanical power. It is true that the acquisition cost is higher, but the payback time is inferior.

The machines have a quantifiable performance, which is specific to them and characteristic of each system. One must identify the mechanism that ensures the proper running of the machines and the highest possible throughput, while at the same time achieving a competitive business overhead.

In turn, it is imperative to control the variable increment, consisting of efficiency losses caused by working conditions (dirt, moisture, etc.), lack of maintenance (lubrication, insufficient tension of joists and chains, etc.) and overloading (deflections, deformities, load leakages, etc.). This results in a significant loss of energy in the warehouse.

Materials are also critical when it comes to improving the energy efficiency of equipment. For example, when working with friction mechanisms, one must choose the suitable material that decreases the power output required

Engineers research and develop solutions to reduce the electrical costs within warehouses. As such, devices are used that can achieve better energy efficiency, avoid disparities in the network and reduce spending on electricity.

Frequency converters
They are able to modify the rotational speed of the engines, acting on the frequency of the electrical current. Generally speaking, equipment set in motion via this device consume less energy than if said equipment were mobilised at a constant fixed speed.

These devices provide a number of advantages:

On the other hand, this equipment generates harmonic distortion.

Filtering harmonic distortion
In AC electrical systems (domestic and industrial use), variations in the fundamental frequency are called ‘harmonics’. These 100 Hz, 150 Hz, 200 Hz, etc. harmonics can appear in network systems fed by a 50 Hz power supply.

In any industrial facility, different harmonic generating equipment can be found, such as:

Current harmonics are very alarming since they have adverse effects on the installations, such as overloading conductors, overheating transformers, untimely tripping of circuit breakers, overloading of the power factor correction capacitors and disturbances in measuring devices (probes, sensors...).

All this means a higher power consumption and a premature degradation of the electrical components found in the warehouse.

For that reason, three methods are used to offset the harmonic distortion:

Regenerative energy
These are electronic devices that are connected to the lift axis drive of the stacker cranes.

During descent manoeuvres, the weight of the cradle (and of the load itself) causes the motor to rotate and act as a power generator. The same happens during deceleration of said axis. This regenerated energy must be channelled to allow proper operation of the system and not to cause damage to its electrical and electronic equipment.

The stacker cranes without a regenerator dissipate this energy as heat, wasting it, which involves energy loss.

The amount of regenerated energy depends on the shifted weight and the height of the stacker crane. Yet, it can account for an average savings of between 15% and 20% of the machine’s total energy consumption.

Keep in mind that common energy efficiency practices in automated warehouses are based on software rather than on the physical elements of the installation. The warehouse management system, along with control software, is responsible for coordinating the movements of the handling equipment.

For example, the control system developed by Mecalux is designed to streamline the use of electrical energy by the handling equipment, adjusting the specific consumption of the task intensity in each moment.

The start-up manager is a sequencer that, in accordance with these three phases, anticipates the power output required by the machines within the warehouse at all times and issues authorisation to initiate movements, if it contains sufficient power capacity.

This manager is generic, i.e., it organises the start-up of all warehouse equipment (regardless of the type of machine) and can mix requests from different machines.

It also has a configuration file which discloses the number of machines to control and the electrical supply.

Axes manager
It carries out optimal management of the acceleration and travel speeds of multi-axis machines with simultaneous ascending and longitudinal movements, such as stacker cranes.

Initially, the manager axis executes a calculation of the estimated time of travel and lifting movements considering 100% acceleration and speed.

Thereon, an acceleration reduction is established and, even, of the speed of the axis whose movement time is shorter. This reduction can never entail the exceedance of movement times of the other axis since, otherwise, it would handicap the work cycles. The acceleration slowdown takes place gradually, checking the new estimated time of the movement with each iteration and comparing it to the other axis.

Once it has reached the minimum configured acceleration value, the same process is repeated, gradually lowering the velocity value to achieve the optimum ration in the movement of both axes.

The aim should be to avoid sudden start-ups and, ultimately, increase the lifespan of the mechanical, electrical and electronic elements. Likewise, to kerb additional start-up points and reduce, as much as possible, the power capacity required.

While energy efficiency measures in the design of material handling equipment are fundamental in cutting energy consumption, you can also achieve this objective via an appropriate logistics solution. A simple solution, and one which reduces or eliminates redundant movements, is an objective engineers and technicians should pursue when designing a warehouse. The more sophisticated and automated the solution, the more energy consumption it will require to operate.

In addition to increased consumption, automation requires an inordinately higher investment and its ROI may not be achieved within a reasonable time period. This can pose a burden that has a direct impact on operating costs. 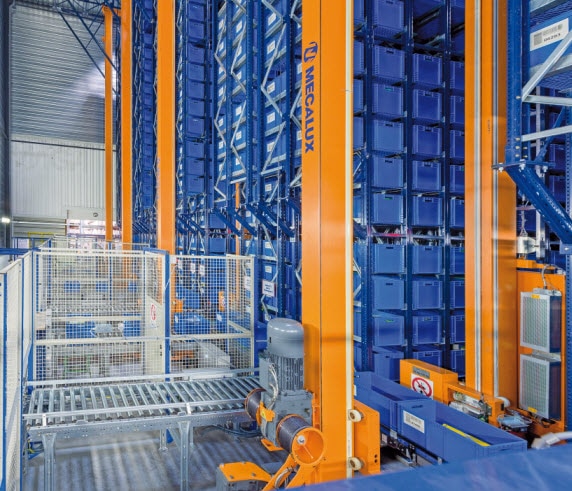 Ideally, you strike a balance: only automate critical processes and those with a short-term payoff, without losing sight of optimising the energy consumption of the implemented solution

The most suitable storage system is one which fulfils a company’s requisites in terms of capacity, operations and anticipated cycles. That said, when making this choice other factors must be considered, such as the initial investment and the system’s energy consumption.