In recent years, there has been widespread change in the technology used to store electrical energy in automated handling systems. The largest manufacturers in the sector have been gradually replacing lead-acid batteries with lithium-ion batteries and supercapacitors since they maximise the performance of electric devices. 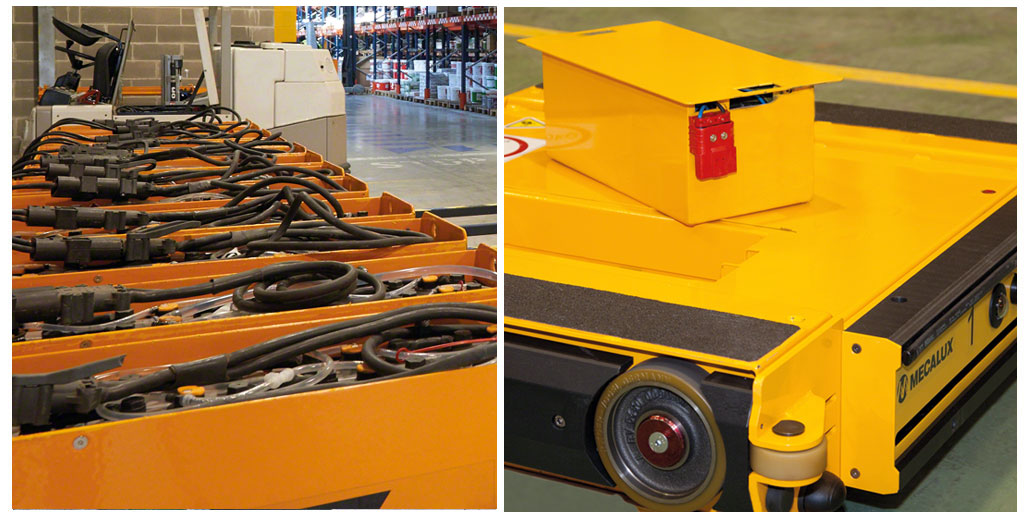 These new devices have been a breakthrough for materials handling systems in general and in particular for automatic systems. To better understand how thsi development has improved and evolved the market, first the characteristics of traditional batteries, such as lead-acid, must be given due consideration.

Batteries are composed of a repository of sulfuric acid where parallelly placed lead plates are submerged, alternated according to their polarity, and act as the cathode (negative pole) and anode (positive pole) of the battery. Inside the repository, a series of chemical reactions occur between the lead plates that allow the storage and extraction of electrical energy according to the needs of the device they are powering.

There is extensive worldwide use of these batteries due to the low cost per unit of stored electrical power (known as a low cost per watt-hour). In addition, they maintain the interior power levels very well while they are not in use.

On the other hand, they only store a small amount of energy per unit weight or volume. Recharging them usually takes between 8 and 14 hours since the chemical reaction inside the battery must be slow to not prematurely degrade the storage capacity. Another downside is that during the process vapours and gases are emitted into the environment, which compels the allocation of a well-ventilated compartment for its usage.

The life of these batteries is approximately between 200 and 400 charge and discharge cycles, with deep-discharges advised against because they deteriorate and shorten its operating life. They also require maintenance to ensure the devices operate properly. Once its operating life is over, it is crucial to manage and process the materials, as they are highly contaminating.

In the past few decades, as a result of the increasing scarcity of petroleum, the industry has researched and developed new devices to reduce dependence on fossil fuels and minimise the emission of contaminating gases.

Here are two of the most advanced solutions:

The batteries employ a lithium-ion salt as an electrical conductor. There is a wide variety of Li-ion technologies depending on the materials used for the composition of the batteries' cathode and anode, such as iron phosphate, cobalt oxide, potassium oxide, etc.

This technology imparts numerous advantages to the industry due to its characteristics: 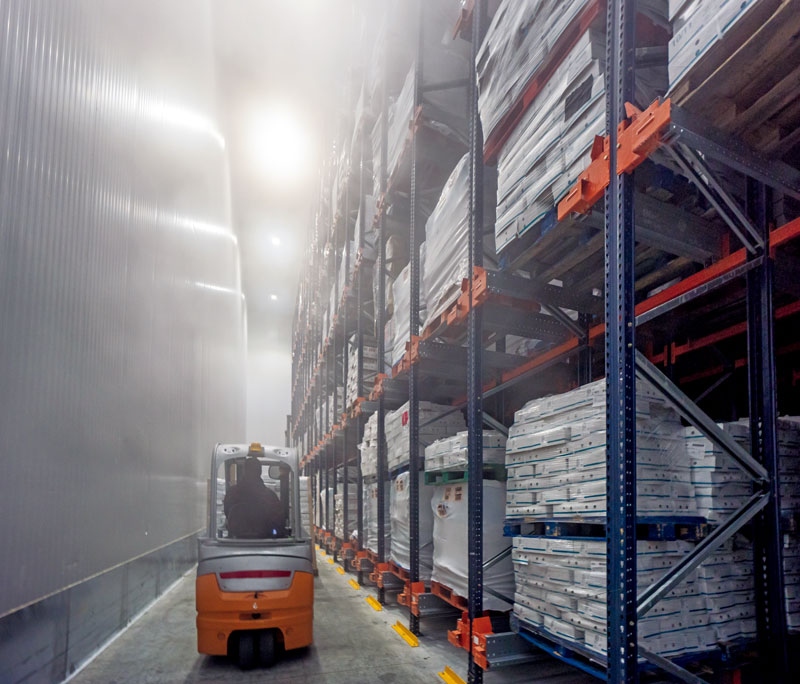 However, it has some disadvantages:

Also known as double-layer electrolytic capacitors, supercapacitors are devices that permit the storage of large amounts of energy, thousands of times greater than traditional capacitors.

Its many advantages include:

However, they have certain limitations: 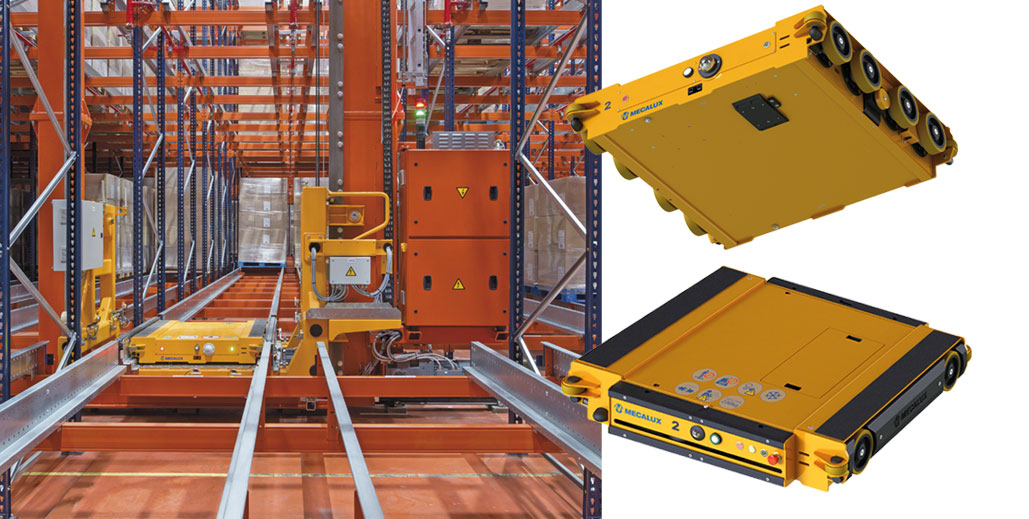 The incorporation of automatic or semiautomatic Pallet Shuttles in a warehouse is an ideal solution to increase productivity and profitability. It is highly recommended in installations with a large volume of pallets per SKU and a constant flow of incoming and outgoing goods. 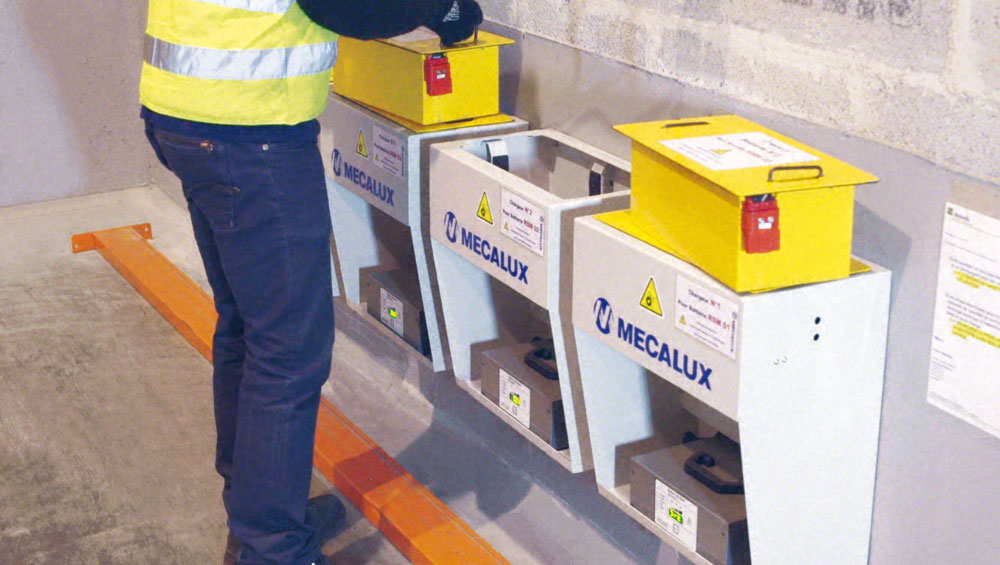 Both systems meet different needs: in the semi-automatic, an operator directs the movements of the shuttle via a Wi-Fi connected tablet after placing it in the corresponding channel with a forklift. Meanwhile, the automatic system is controlled by the warehouse management system (WMS) and assists the automated handling equipment (stacker cranes or transfer cars) to locate the shuttle and the load in the assigned channel. In both cases, the forklifts are not introduced into the storage aisles, reducing incidences and maintenance costs. The shuttle, driven by electric motors, moves through the inside of the channels with full autonomy to carry out the loading and unloading of the pallets. The semi-automatic version includes lithium-ion batteries and the automatic one contains supercapacitors. Let's look at their differences:

The semi-automatic Pallet Shuttle system uses a lithium-ion battery as a power source.

Choosing a lithium-ion battery compared to the supercapacitor system is mainly due to the semi-automatic Pallet Shuttle's need for prolonged autonomy. These batteries are noted for their high specific energy, which can last up to 10 hours at maximum performance (depending on the characteristics of the warehouse).

This technology does not contain volatile metals, which provides an additional degree of safety and durability. It is composed of cells Li-ion iron phosphate interconnected in series and in parallel to provide a nominal voltage of 25.6 V and a storage capacity of 55 Ah.

This battery is custom designed for Mecalux since both its protectors and battery management are adjusted to the operating parameters of the semi-automatic Pallet Shuttle. This factor enhances the cells utility in the system.

The automatic Pallet Shuttle is equipped with a system of ultracapacitors as the main source of electrical power.

Supercapacitors are most suitable for the automatic system because they can recharge the power in seconds. Thus, the shuttles are always available and can operate continuously, 24 hours a day.

The automatic Pallet Shuttle moves between the different storage channels on board stacker cranes or transfer cars, where the power levels of the supercapacitors recharge during transfer. 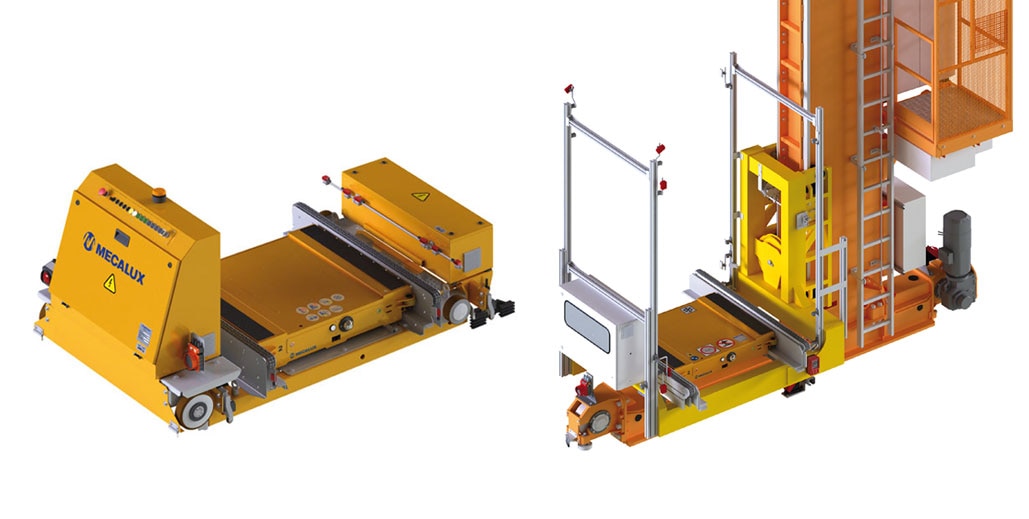 When installing the automatic Pallet Shuttle system in a warehouse, there are two different options to choose from: the stacker crane or the transfer car

The system collects the electrical energy required for the loading and unloading cycles of 1,500 kg pallets in up to 45 m deep storage channels. The recharge time is variable depending on the depth of the channels and the weight of the load units (it may last only a few seconds in average length channels). Thus, high durability is ensured without any maintenance.