Now that we have examined the options available for pallet storage, we can turn our attention to order picking methods used for smaller units, such as individual boxes and loose products (products removed from boxes). In other words, picking and the different order picking methods.

Given the high cost of designing a picking operation, the first thing to analyse is how to move goods inside the facility in order to perform the task of selecting and removing units. In other words, the different types of picking practiced.

Different types of order prep or picking systems can be carried out in a warehouse according to what each product requires.

The first method is called person-to-goods, in which the operator carrying out the picking has to move around the warehouse to the position of each of the units to be picked for each of the lines requiring preparation.

The second method is called goods-to-person, in which the operator remains at the picking post and a machine moves the goods to that position, leaving them within the reach of the operator.

The third system is mixed. In a warehouse several storage systems with different operating principles can be put in place, each for a specific type of product. The image on the previous page shows different ways of carrying out the picking; all of these can be combined in the one warehouse.

Other systems can also be added to those already mentioned, such as vertical lift modules and horizontal carousels, such as those shown below, which will be discussed later in this article. 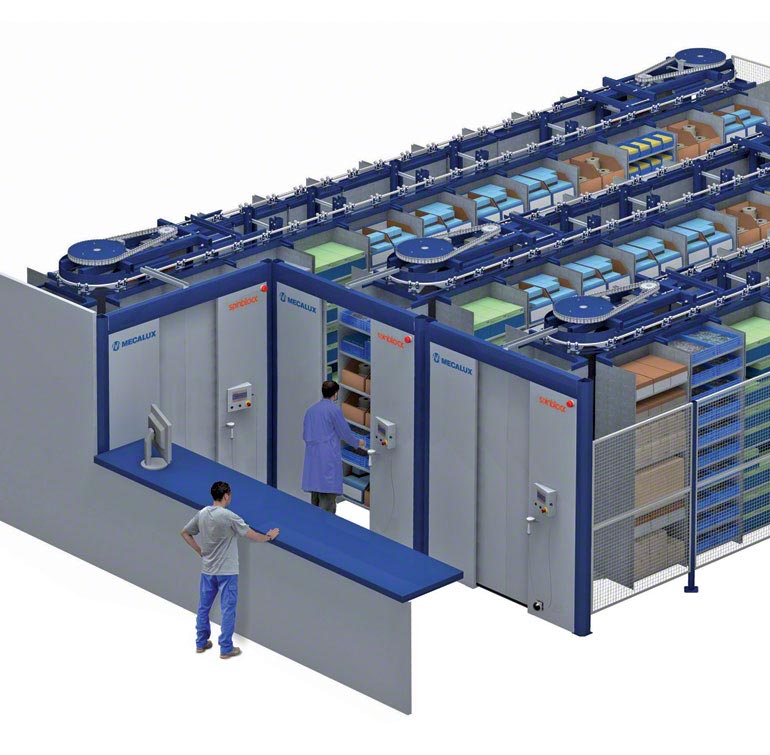