Narrow aisle forklift trucks, known as trilateral or bilateral turret trucks, are machines for working in narrow aisles (of between 1,500 and 1,800 mm). Thanks to this equipment storage capacity notably increases. These forklifts can raise a load to heights of more than 14 metres.

Turret trucks have certain limitations which must be taken into consideration. First, they require a very even floor in the warehouse on which to move. They must also be guided using rails placed on both sides of the aisle or be wire-guided or even laser-guided in the same way as LGVs, as will be explained later in this article.

Furthermore, they do not turn in the aisle. Rather, it is the forks that make the movements needed to pick up or deposit the pallets. This is why these machines are designed for working within warehouse aisles. Maneuvers outside this space are slow, and must therefore be minimized.

It is common to use other lift trucks or conveyors as auxiliary elements, and these pick up or deposit the pallets in the front of the racking units, meaning that turret trucks do not have to leave the aisle.

With trilateral forklifts, the head that supports the forks can rotate and can pick up and deposit loads on one side of the aisle or the other, as well as in front. They can also deposit pallets directly on the ground.

With bilateral forklifts, the forks are telescopic and assembled on what is called a cradle. Unlike trilaterals, these machines can neither deposit pallets on the ground nor place them in front. Yet they do have the advantage that they can operate in even narrower aisles and can complete a greater number of cycles. 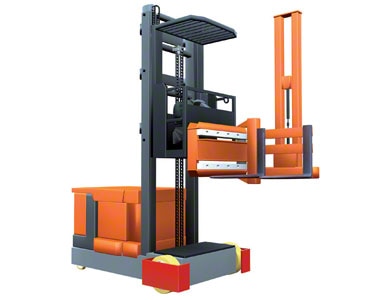 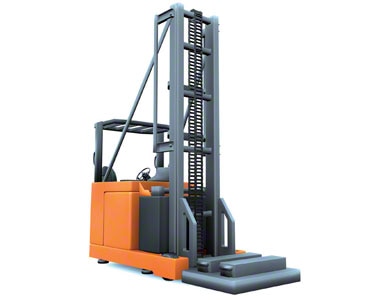 The turret type truck has a space, a cabin, where the operator driving the truck can sit. When this cabin is fixed to the body of the machine it is called a man-down type. If, on the other hand, it rises along with the forks (and therefore with the load), it is called a man-up cabin. This second system is also called combi, as it enables the operator to combine pallet handling operations with order preparation operations. 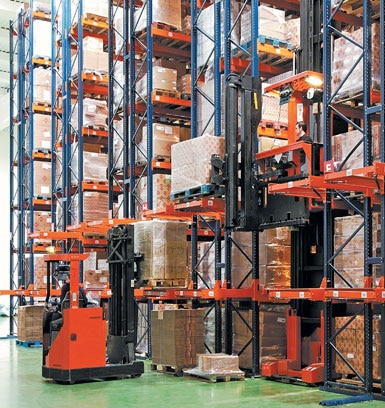 Warehouse for construction machinery and tools.

These have a very similar configuration to that just described for mid- and high-level pickers. The only difference is that instead of using simple forks incorporated into a board that runs along the secondary mast, they have a rotating head with genuine load forks.

With this head with these forks, the machine can pick up and deposit pallets on both sides of the racking unit. It can thus perform a double function: to prepare orders and store or reposition complete unit loads. VNA combi trucks have an advantage over pickers in that they can reach heights of up to 13.7 metres.

When we started discussing turret trucks, we mentioned the need for these handling elements to be guided using rails (mechanical guidance) or wires. The following are the most common options. 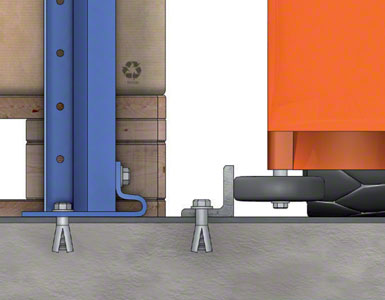 The pallets sit directly on the floor. An L-shaped rail attached to the floor acts as the guide. 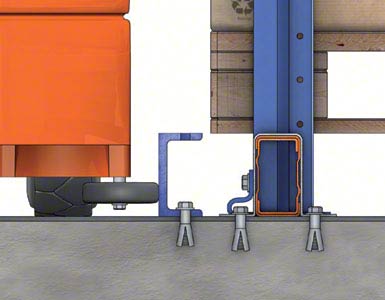 The pallets sit on rails placed on the ground or on beams. A U-shaped rail attached to the floor acts as the guide. 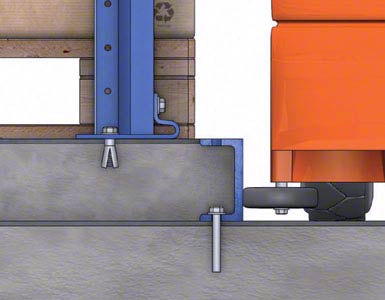 The space between the guides for the aisles is filled with concrete, forming an island on which the racking units sit. 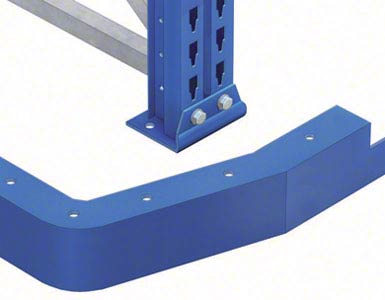 In the entrance of the aisles with mechanical guidance, entry rails with mouths have been put in place to help center the machines.

A wire buried in the ground produces a magnetic field which the machine detects and follows as a guide. When the guidance system is laser-guided, there is no buried wire and it is the position of the reflectors that helps it to move safely.

Other articles in this chapter